The uber tasty, ultra sustainable craft breweries of Colorado
How the great state of Colorado is making the world a better place,​ one sustainably crafted beer at a time

​Visitors start rolling in the moment New Belgium Brewery opens its doors at 11am. Bartenders begin pouring the brewery's classic beers like Fat Tire Ale, Abbey Belgian Style Dubbel Ale, and Sunshine Wheat, to happy customers and instantly this Fort Collins, Colorado beer haven comes to life. By 11:15am, the brewery is in full swing; the smell of yeast, hops, and fresh, Rocky Mountain water in the air.

​Colorado’s Craft Beer Industry: Sustainability by the Bottle (or Can)
For years it was the next big thing. Small breweries, making unique, sometimes even defiant, beers for the non-mainstream. As of today, especially in the state of Colorado, it’s pretty much the big thing.

While Colorado and other craft brew industry hot spots like California and Oregon are exploding, the industry still has a relatively small stake in the American beer market. With only an 11% share of overall sales in 2014, craft brew is just a drop in the barrel compared to the big guys like Miller Coors and Anheuser Busch. But that might not last for long. While overall U.S. beer production and sales grew only 0.5% in 2014, the craft beer industry grew 18% in both categories.

How does this relate to sustainable travel?
​Craft breweries all across the U.S. are taking a different approach to business. They’re owning their small business roots and adopting sustainability measures that those ‘big guys’ wouldn’t dream of taking. Plus, they're leaders in the community with awesome employee incentives and non-profit give-back programs. Best of all, they're all open to the public, with tap rooms offering informational (and free!) tours and the best and latest brews on tap. And in no place is this more true than Colorado.

Case in point, New Belgium Brewery. A lot of companies say they focus on sustainability, but here at New Belgium, it’s in their DNA. Founded by husband and wife team, Jeff Lebesch and Kim Jordan in 1991, New Belgium Brewery is now the 4th largest craft brewer and 8th largest overall brewer in the U.S.
For an example of such change, look no further than CEO Kim Jordan, who in December 2012, launched the Employee Stock Ownership Program (ESOP) which officially made New Belgium 100% employee-owned. A certified B Corp, they also practice open book management - a system which gives employees complete access to the company’s financials. 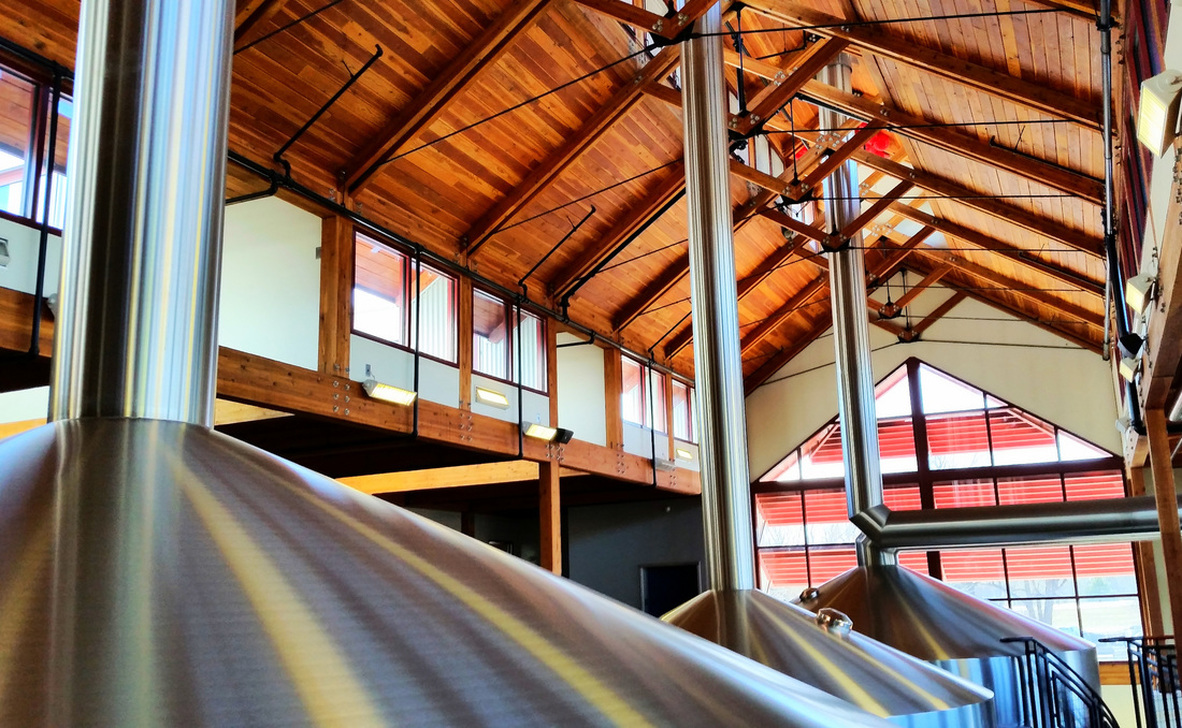 For years New Belgium has placed a strong emphasis on transparency, and the company’s publicly released annual sustainability report gives consumers a clear view of their production and usage statistics. ​
While New Belgium is most certainly an industry leader, there are a number of other Colorado breweries rolling out similarly delicious beers with high sustainability standards. Namely..
They’ve also installed 11,000 square feet of solar panels, which amounts to 5 per cent of the brewery’s total power. To benefit the community, Odell implemented a Charity of the Month program, in which the company donates $3,000 each month to various local organizations. ​
Oh, and their beer great, too. Great Divide’s Yeti series stouts are famous in the beer world for very good reason. They’re big, bold, and roasty, as well as a perennial winner at the Great American Beer Festival. The Colette Farmhouse Ale and Titan IPA are also winners, taking home plenty of awards themselves. Great Divide might also be the best brewery to visit in Colorado’s capital city, offering a small, cozy, and classic brewery vibe.

​​So what better reason to drink delicious, carefully and sustainably-crafted beer? Visit any of these three incredible breweries for a tasty pint and more information on why craft breweries just may be the next generation of sustainable businesses in the U.S.